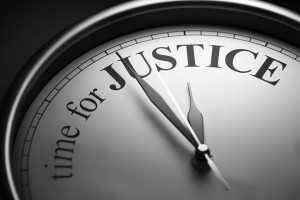 As promised back in September, a game changer would be revealed that removes ALL doubt about Ryan’s involvement in the crimes for which he was convicted.

And we’re now prepared to deliver on that promise, which proves he is indeed an Innocent Inmate.

We now have a letter of confession, which you can read here, from the same person we have been claiming all along who was responsible for having committed these crimes, James H.

Not only does James admit to having committed both of the crimes for which Ryan was convicted, but he also confesses to a fourth robbery he committed that same week, which still remains unsolved.

How the letter was acquired

In June of 2013, I was made aware that the ex-girlfriend of James H, who testified that James was the person in the ATM photos as being the robber, had been in contact with him and knew what prison he was currently being housed in. I reached out to Elexis via Facebook and was given his address at a prison in Mississippi.

Turns out, since being convicted for an armed carjacking two days after the ATM robbery Ryan is doing time for, James was transferred from a California prison to his current location in Mississippi. That explains why he never responded to inquiries made on Ryan’s behalf by the Innocence Project.

Elexis did alert me to the fact that there was “no way” James would tell the truth and help Ryan, since he believed that Ryan “snitched on him”.

My blood began to figuratively boil upon hearing this news. I’ve learned the street “honor code” is phony and nothing more than a subtle manipulation of others in order to avoid having to face the consequences of one’s own actions.

Yeah, out on the streets, criminals talk a seductively appealing game about honor, brotherhood, and family. When the rubber meets the road, though, none of them are willing to do your time for crimes they didn’t commit. And they won’t write or visit you in prison if you’re stupid enough to do their time, either.

Meanwhile, you’re left holding the bag, being forced to withstand the constant stresses worrying about whether this is the day you’ll be stabbed, jumped, or get the crap beaten out of you – just because.

Hardly a fair price to pay in exchange for being “respected,” I’d say.

That’s why you’ll hear of so many criminals accepting plea bargains for reduced sentences in exchange for working with the prosecution in order to gain convictions on others.

In other words, they’re cowards at heart who use reverse psychology into manipulating others into believing that if you “snitch” on someone else, it’s an admission that YOU’RE a coward – and less of a “man” as a result.

Knowing this, I immediately wrote James H a letter to set the record straight after hearing that he believed Ryan snitched on him. I let him know that it was I, Ryan’s father, and not Ryan, who “snitched” on him to the authorities since we all had recognized that it was him in the ATM photos and not Ryan.

In that letter, I called James a coward six different times – as a form of a catharsis, I suppose. This particular passage from the letter apparently delivered a gut shot that eventually evoked a response:

Because you are a coward and refused to take responsibility for the robberies, James, you put me in the position of being a snitch. Nobody, and I mean NOBODY, is going to sit by idly and silently and allow an innocent person to do 15 years for crimes he didn’t commit… especially when I recognized that it was you in the ATM pictures and not Ryan.

What’s worse in your world, James? A snitch, or a coward? I say a coward is worse because fear prevents you from doing the right thing. A snitch is really just someone willing to tell the truth while being unafraid of what others may think of him. Being unafraid is far better and more courageous than living in fear of the truth being revealed.

Much to my amazement, James wrote me back two months later at the end of August and admitted to having committed the crimes… but steadfastly denied being a coward. Seems like that word struck a nerve.

Truth be told, ‘coward’ was the word that felt right when I wrote it, but I never imagined its impact at the time. We’ll keep that as our secret though, mmk.

Even though I now had his confession in a letter, Ryan’s jailhouse lawyer, Jared Villery, urged me to continue the dialogue to see if he would be willing to write a formal confession to the courts. We exchanged a few letters, and in his own words, he eventually wrote the following confession letter to the court.

Where We Go From Here

The confession letter was translated word for word into a typewritten declaration by Ryan’s jailhouse lawyer and sent to the appellate court judge. We’re now in “hurry up and wait mode,” awaiting the courts response.

In the meantime, we have been asked by caring individuals what they can do to be of assistance in righting this wrong.

If you are so inclined to be a link in the chain for reversing this injustice, here are just a few simple things you can do that could make a big difference.

Check back for periodic updates that will keep you apprised of the status of his case through this blog. Thank you in advance for all of your prayers and support. It means much to all of us, especially Ryan.