We are weeks away from dropping an absolute bombshell of information regarding innocent inmate Ryan Madden’s actual innocence that will immediately turn this case upside down. The reason we are not prepared to go public today with proof to back our claims of Ryan’s actual innocence is simple. 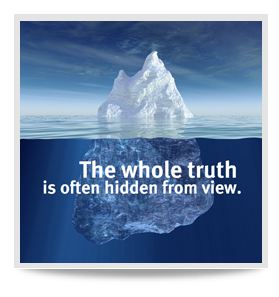 The courts require an extremely high burden of proof to even entertain the notion the system may have gotten it wrong during a trial.

You deserve no less consideration when reading something on this blog.

We are now in the process of not only meeting – but exceeding – the high standards required by the courts to prove actual innocence. That proof is coming, so hold your horses a bit longer.

For now, I’ll bring you up-to-date on Ryan’s challenging journey through the appellate court process.

As many of you may know, all Ryan’s legal briefs are being handled and prepared by an incredibly gifted, talented, and competent inmate at Lancaster state prison named Jared Villery.

Even though Jared is also an inmate, he has wisely utilized his time to become a student of the law in spite of his lack of formal training. While he has been our only option to keeping Ryan’s appeal alive, one can’t help but wonder how much credibility an appellate court judge gives to legal briefs filed by an inmate.

Back in June, the magistrate judge denied Ryan’s latest appeal, claiming a world-class photogrammetry expert’s height and facial measurements of the ATM robber were less reliable than the victim and minimart clerk’s height approximation were  of the suspect.

Think about that one for a minute.

You may recall that one of the robbery victims, Nellie Z, claimed the person holding a gun on her was “about 5’9” to 5’10” tall.” The mini-mart clerk, Johnny A, claimed the suspect who handed him the credit card stolen 12 minutes earlier from the victim at the ATM machine was “about 5’9” tall.”

Now remember that all throughout the trial, we claimed that James H was the person pictured in the ATM photos, and that he was approximately 5’8” tall.

Photogrammetry expert Gary Robertson concluded through photogrammetry analysis that the suspect shown in the ATM pictures was actually 5′ 7 ¾ inches, making it impossible for the robber to be Ryan, since he was 5 feet 10 ¾ inches tall.

The magistrate judge handling the appeal discredited Robertson’s analysis by claiming that the shoes and hat worn by the suspect “could have” skewed his results.

One thing she apparently failed to realize is if the suspect in the ATM pictures was Ryan, the hat and heels on his shoes would have only made him TALLER, not smaller than 5 feet 10 ¾ inches.

The judge went on to claim that by virtue of the victim and mini-mart clerk approximating the suspect as being 5’9” to 5’10” tall, that all but ruled out James H as the real robber.

I don’t know about you, but if someone was holding a gun on me,  my estimation of their height wouldn’t be all that accurate, nor should it be deemed as being credible.

Think about it for a minute…even if NO ONE was holding a gun on you, how accurate would you be in estimating someone else’s height that you didn’t know, or had just seen for the first time?

Furthermore, the mini-mart clerk, Johnny A, had already identified James H’s picture at trial as being the person you handed him the stolen credit card 12 minutes after the robbery. He also accurately identified him as wearing the camouflage jacket and trucker style Chrome hearts hat that the ATM suspect was photographed wearing.

In essence, the judge discredited Johnny’s eyewitness identification of James, in spite of testifying to having seen him in the store “four or five times before”… but used Johnny’s height approximation (which was only off by 1 ¼ inches) as the basis for eliminating James H as the robber.

In essence, the judge claimed Johnny’s eyewitness identification was not credible, but that his ability to approximate a person’s height is more credible and accurate than the results gathered from the forensic science of photogrammetry.

Regardless, this is the hand we’ve been dealt, so we continue to fight the good fight. Besides, there’s no crying allowed when facing the big boys on their turf anyway.

While the state has unending resources at their disposal, and we only have an inmate filing appeals on Ryan’s behalf, this David has one thing on our side that Goliath will NEVER have…