We’ve all heard versions of the recycled joke that “Prison is filled with innocent people. Just ask them.”

In this case – it’s true. California State Prison at Lancaster IS currently housing an innocent inmate… And we have the pictures to prove it.

Here are the bank ATM pictures of the robbery suspect: 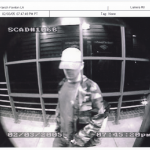 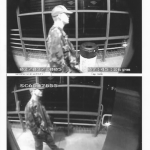 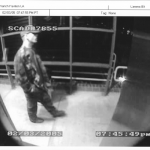 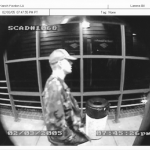 In another section on this site, it was explained why Ryan’s lawyer never had the bank ATM pictures enhanced and shown to a jury, which would have proven the robber could not have been him. In a nutshell, he mistakenly thought those bank ATM pictures had been enhanced by Ryan’s previous attorney. They hadn’t been, though.

Here is the attorney’s letter stating the ATM pictures had been enhanced: 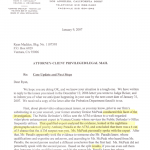 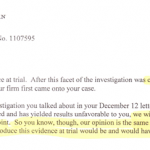 We then presented a written affidavit to the court from the expert his attorney claimed had already enhanced the pictures, who confirmed he never enhanced those pictures or wrote a report offering his professional analysis or opinion.

Here is the experts affidavit stating he never enhanced any pictures or wrote a report: 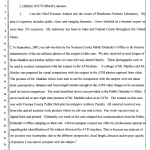 Had Ryan’s lawyer taken those pictures to an expert in forensic photographic enhancement, the jury would have heard and seen what you are about to see. That is, the robber shown in the ATM pictures was determined to be 2.99 inches shorter than Ryan, making it mathematically impossible for Ryan to have been the suspect convicted of the robbery he is now serving 15 years for. 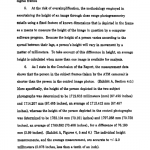 The bank ATM pictures were initially sent to NASA for enhancement. After being informed that due to their inferior quality and low pixel ratio, traditional enhancement methods would not be possible.

Shortly thereafter, we discovered an alternate technique for enhancement called photogrammetry. Photogrammetry is the practice of measuring objects in a photograph. It’s as old as modern photography and can be dated to the mid-19th-century.

Photogrammetry is extremely precise in its measurements, as it’s strictly mathematics. The margin of error for close range photogrammetry is 2 mm, or less than 1/10 of an inch.

No personal opinions are ever rendered as a part of the analysis or result, which dispels any claims that a hired expert was paid to testify favorably for his client.

Photogrammetry Expert Who Conducted the Analysis

A forensic examination of the ATM photographs was conducted post-conviction. The examination was performed by Gary Robertson employing close range photogrammetry, the “science of measuring and extracting data from images”.

Mr. Robertson is a member of the American Society of photogrammetry and board certified registered photogrammetrist. He has conducted such examinations on behalf of “government entities, including law-enforcement agencies, private industry and individuals” and has testified as an expert witness in judicial proceedings in California and elsewhere in the United States and also Canada.

Analysis and Findings of the ATM Pictures

Mr. Robertson explains in his affidavit and report to the court that the methodology employed, photogrammetry, allows the height of an image in a photograph (frame) to be accurately determined.

This is accomplished by using a fixed feature of known dimensions that is depicted in the frame as a means to measure the height of the image in question by a computer software program.

A copy of Gary Robertson’s actual photogrammetry analysis can be found here:

Here is a copy of his conclusion written to the courts:

This evidence makes it a virtual impossibility that Ryan Madden could have been the robbery suspect in the ATM bank pictures, in spite of what the robbery victim believed to be true. Add to that the fact that 12 minutes after the robbery occurred, a minimart clerk identified James Hartley as the person wearing the camouflage jacket and ballcap seen in the ATM photos and using a credit card stolen from the victim, and it becomes obvious who the real robber was – and wasn’t.